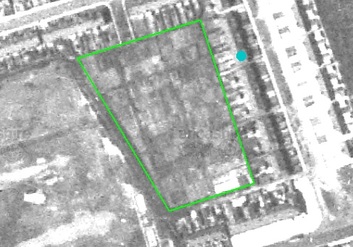 The exact date of our site becoming an allotment site is still a mystery. We know the site was around in 1946 as the aerial photo was taken in that year.I have records that say the anti aircraft guns were situated to the east of Fishers Field ( the fields next to the site) during the war and on the west side of Fishers Field was a demonstration area of plots for the Dig for Victory campaign.

Cherry Tree site opened according to records in 1936.